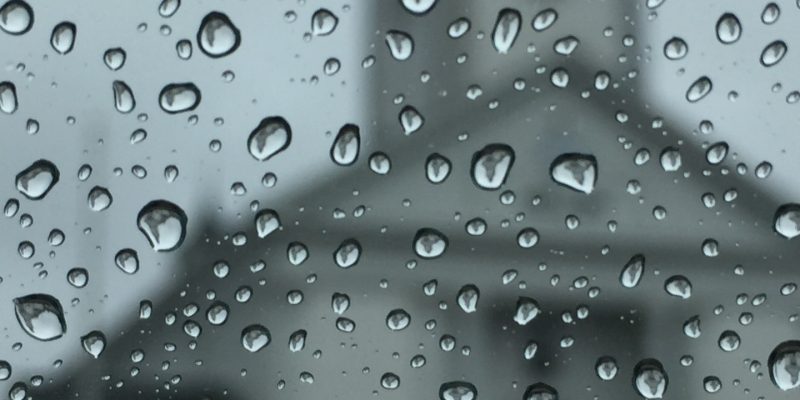 The Rains of Caledonia

Rain pelted the roof of the South Caledonia United Methodist Church so hard it sounded like God Himself had dumped a load of pea gravel from the throne of glory. Trees, cars, and grass were mere suggestions outside the window. I sat on the fourth row from the front, next to some cousins. At the end of the aisle was a glossy, gray casket opened to reveal the sunken, sallow cheeks of Nana, aged 75 years. A local beautician had gussied her up best she could. She’d once had enviably coiffed silver hair, strengthened by the variety of sprays that covered the counter in her bathroom. But that was before her long decline, before Parkinson’s Disease left her a prisoner in her own body. Now, Nana looked like a wax version of herself that had been left in the backseat on a hot July afternoon. The preacher said she’d gone home to be with her Father in Heaven, but I don’t think she’d have actually gone outside the house looking like this.

Midway through the sermon, a raindrop hit the carpet two pews up, almost perfectly in the center of the aisle. The dull beige darkened a bit. Another drop followed. Then another. Pretty soon, it looked like somebody’s toddler had had an accident right square in the middle of the House of the Lord. I nudged my older cousin, Liz, and tipped my head. She nodded. It was accumulating a couple of feet from where Papaw Tuck sat listening, a practitioner of the stoicism that seemed to come instinctually to white-haired Southern men. Liz leaned over to whisper, “I hope he doesn’t see it.” A few drops later, I saw his head turn to the right a little. He glanced down.

Nana died April of my sophomore year of high school. I should’ve been a lot sadder. Truth was: Nana and Papaw Tuck never really liked me much. Or my sister. Or my mom, but I couldn’t fault them for that. We were the grandkids who got sent home with stale cookies, not prize-winning peanut brittle. The ones with empty birthday cards. The ones who got Walmart clearance items for Christmas. Rumor had it that my parents stopped speaking to them for a year back before I was born. Liz, normally a deep well of family gossip, had tried to pry answers from her mom, but if she knew, she wasn’t talking. “Maybe they were just being too nosy,” Liz opined. “Your parents were still newlyweds then.”

My parents and grandparents formed an uneasy truce just before my birth, and for much of my childhood we’d been the family CEOs—Christmas and Easter Only. At least until Nana moved into the Piney Grove Nursing Home. Then we saw her more than I’d ever wanted; my dad made sure we visited every Sunday afternoon after church. We’d sit there for hours in the lobby as she breathed laboriously, the occasional blink, constant shakes. I’d flip through tattered magazines in the lobby and try to ignore the pungent urine smell, the lady in the wheelchair who moaned incessantly. Sometimes, my dad even dragged us there on Wednesday evenings for the gospel singing.

On their golden wedding anniversary, five children, thirteen grandkids, and one great-grandchild crowded into the rec room at the nursing home. A few dozen friends from church and the community stopped by to wish them well. Papaw Tuck shook hands and chit-chatted but mostly stuck close to Nana’s side, occasionally dabbing some drool from her chin with a handkerchief. Aunt Linda had colored Nana’s roots, smeared on lipstick, and put some pearls around her neck. I recognized the light-blue dress she wore from a few years back. It was snug then, but now it fit her like a blanket, drooping off the sides of her wheelchair. As people talked and moved about, Nana glanced around the room, taking it all in, stationary in the chair but still trembling. Later, my Aunt Glynda set a chocolate sheet cake on a table near her. Papaw Tuck called for some of the younger grandchildren—me, Tara, and the twins, Misty and Wendy—to come blow out the candles. Looking back, I don’t know why we had candles for her. Seems a bit cruel, but no one questioned it at the time. While the acrid scent of smoke drifted through the air, I turned back to Nana. She looked me up and down. The corner of her mouth twitched but couldn’t form a smile.

Now, given this was a gathering to mourn his wife of 55 years and celebrate her passing into the arms of the Lord, you’d think Papaw Tuck could just let it go, but he kept cutting his eyes between the preacher and the floor. And the spot grew unabated, the circumference taunting him with each drop. My cousin, Brandon, leaned over and motioned towards Papaw. Liz and I nodded.

“You think he’s gonna do something?” Brandon whispered.

Liz giggled. “He may get up on the roof.”

The preacher finished his appeal for salvation to any unwashed attendees—guys like that never missed a chance for a call to action. My dad arose from his place on the pallbearer bench and made his way to the aisle to give the eulogy. As he approached the pulpit, his wingtip landed directly on the puddle. A wet squish broke the silence.

My dad had barely unfolded his notes when Papaw Tuck rose to exit the church house. “Guess he’s going to get a ladder,” Brandon whispered. We tried to suppress our giggles. Minutes later, a noticeably damp Papaw Tuck returned with a five-gallon bucket in hand.

A murmur reverberated through the room as everyone else tuned into the show. Papaw Tuck placed the bucket over the stain. A drop fell: Thump. My dad paused. Thump. Suddenly everyone’s attention turned to the bucket. Thump. Papaw Tuck sat down, his face unchanged, but I could tell he was satisfied for the moment. My dad shuffled his notes and continued the eulogy.

Later, we gathered around the gravesite. The rain continued, though it had calmed a touch. Much of the family had crammed under the tent; I’d been confined to the fringes, sharing a golf umbrella with my mom and sister, Tara, who shouldered against me, trying to claim more of the umbrella’s cover. I shoved back. “Knock it off,” my mom said to me, squeezing my arm.

“You wanna sit your butt at home all weekend?”

Rumors of a kegger at some chicken houses south of town had circulated throughout school earlier in the week, so I shook my head no. Tara looked up, smiling, then nudged me again. I kept my mouth shut.

As the service dragged on—one last call for salvation—Papaw Tuck sat there on a little wooden folding chair, which was delicately balanced on the mat atop the saturated ground. He never took his eyes off the preacher as all the ashes to ashes stuff came and went. Then the casket was lowered into the grave. Without prompting, Papaw Tuck stood and grabbed a handful of dirt, tossing it into the grave. I’d seen this in movies, but not at the conservative affairs of southern Arkansas. For a moment, I thought he might grab a shovel and bury her himself. Instead, he sat again, dusted his hands together.

The preacher said a final prayer and thanked everyone for attending. Umbrellas clashed as everyone rushed to get out of the rain. A few people stopped to offer condolences, and my dad greeted some coworkers. We navigated the graveyard, avoiding hidden puddles in the grass, occasionally leaving a footprint in the mud. While getting in the car, I noticed Papaw Tuck still sitting at the gravesite. He stared at the pit in the ground, Nana’s new home, as the gravediggers waited in the wings. 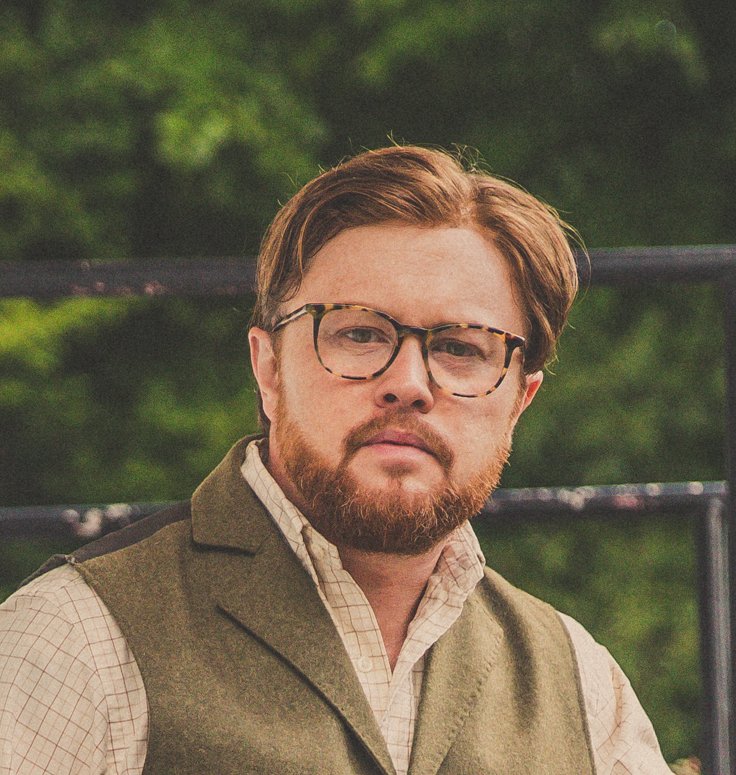 Kody Ford is the founder and publisher of The Idle Class Magazine. Driven by a desire to promote the arts and connect creatives statewide, he launched the publication online in 2011 before moving to print two years later. He holds an MA in communication from University of Arkansas. He also serves on the boards of Ozark Poets & Writers and Arkansas Soul. He currently lives in Fayetteville.