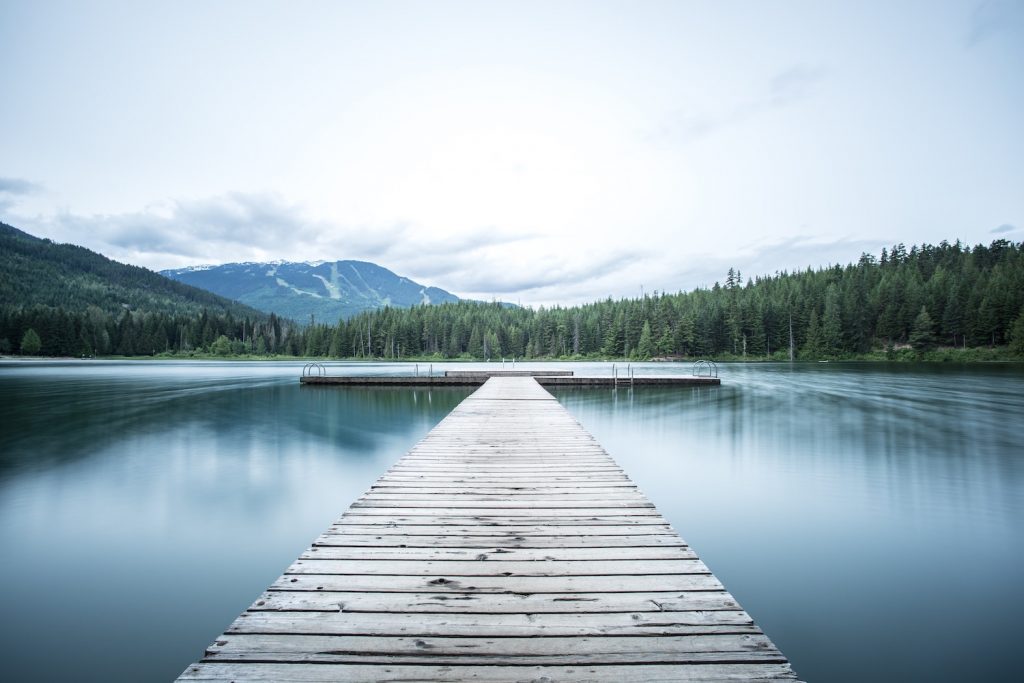 MomMom, my paternal grandmother, grades tests at the kitchen counter in our New Jersey home. She glances at me over tortoise-shell glasses. Her hazel eyes, the color of ocean sand, beam under the bright colors of sea glass. It’s been two days since she told me she’s a mermaid. I’m in first grade.

I was three the morning my mother left. I watched her walk out to the Ford Taurus in the gray dawn, clutching her coat around her neck, her Dave Matthews Band baseball cap fraying at the visor’s tip. She looked so pretty in it. She never pulled her long black hair in the space between the fabric and adjustable strap, instead letting her hair flow out from under the hat in waves. In the mornings following her absence, I woke to MomMom sleeping on the couch. I snuggled beside her, clinging to her. In years to come I’ll pray that if I hold on tight enough she won’t leave me too.

I sit at the kitchen counter. MomMom watches as I fan through the stack of red tests. My imagination holds close to the dream that Pokémon can be real (because I so badly want them to be), but not mermaids. Mermaids are a myth, a way to practice disbelief. I remember what she tells me: You cannot tell anyone I was a mermaid. If you do, I’ll disappear forever. I clutch the pearl to my throat. I’ll never let anyone take her.

When I ask PopPop about falling in love with a mermaid, he says, She was the most beautiful thing I’d ever seen. MomMom is part Scottish, one of the only cultures with legends of mermaids befriending (or marrying) humans.

I imagine him fishing on a dock, perhaps on Loch Ness, as the moon reaches its height in the ink-blue sky. He adjusts his newsboy hat when her head breaks the surface. Her deep red curls shimmer in the moonglow as she swims closer, the soft lapping of water against itself. She reaches for him with her scaled hand. He holds it, finding the softness of a woman’s skin but the oiliness of a sea-dweller.

He becomes hers the moment she looks into his eyes. I imagine they’re like her hazel eyes now, but brighter, crisper. She leans forward and whispers, that sound water makes when it licks the sand. He can see the green scales beneath her navel.

Return to this pier the last evening of every week as the moon rises.

PopPop nods, his breath hooking in his lungs.

But you must not speak of me, she says. To anyone.

She leaves. PopPop returns at moonrise, as requested She’s there waiting.

At the end of Hans Christian Andersen’s “The Little Mermaid,” the mermaid dissolves into sea foam and washes out into the ocean. The waves push the foam onto the shore as if to say, Remember how the truth can hurt the one you love.

Though a sea of people surround me, I feel alone in first grade. I don’t speak to many kids at school, but I always listen. I don’t eat lunch with anyone, sitting in a mix of people who don’t know or care about me. Perhaps I don’t want to be included because of my fears of being left behind.

I listen as the boys talk about the Pokémon they would be: Charizard, the dragon, so they can breathe and spit fire; Machoke, so they can have muscles; Zapdos, a bird made of lightning, one of the most powerful monsters in the game. I want to be Cloyster, the bivalve whose shell is harder than diamonds, but no one asks me what I want to be. I keep my shell clamped shut. I know I’m different than the boys, perhaps because I belong in the deep sea, away from everyone. After all, it’s in my blood.

Every summer we drive to our home in Schroon Lake, New York. MomMom sits on the screened-in porch facing the water. Her cherry-auburn curls strike against the pine. I like to sit with her during thunderstorms and watch the purple lightning ribbon above the Adirondacks across the lake. I can count on one hand the times I see MomMom get in the water, though she never says she doesn’t like swimming. Every time I see her in the water, something changes—a joy one feels only when returning home.

But most of the time she sits on the porch in her rocker with her yarn and hooks, glancing back and forth between the hooked braids and the lake. Maybe it hurt less to remember than it did to experience joy, to know the joy begins and ends where she can’t stay.

At the kitchen counter, I ask MomMom why she chose to be a human. She says when a mermaid falls in love with a human she can choose to be with the human and never return to the sea. She isn’t allowed to speak with her father, the Sea King, or her sisters. She chooses a life of love and isolation.

I remember Ariel from Disney’s The Little Mermaid walking up the shore to Eric, her silver dress shimmering like the scales of those she’s left behind. Eric lifts her, spins her, kisses her, and they live happily ever after. But in the second movie, Ariel still has strong ties to the sea—inaccurate, according to MomMom’s experience.

She assures me that, because she chose this life, she loves me more than words can ever describe. I’m a small part of her everything.

In a 2005 article from the Underwater Times, the writer adamantly protests the existence of mermaids, claiming each supposed sighting can be attributed to the presence of a female manatee. How confident his tone. How bold his erasure. How sad his disbelief that we’re not walking among the living.

There’s a picture of me in Schroon Lake standing on water skis for the first time. My aunt hoists me up onto the water’s surface as the boat speeds forward, her hands captured the moment they reach for the sky. For a moment I glide like a water prince. The view my dad and grandfather have seen many times before, the way humans enjoy the water. We’re not like them. We possess an instinctive command: Return to the water always.

At lunch the boys’ discussion shifts from Pokémon to their parents. One boy says his parents are pirates. One says his parents met the president. Another that his parents sailed around the world on their ship. I hate their obvious lies. I pry my shell open to show these boys the pearl I hold close to my heart.

I say, My grandmother was a mermaid.

Then I remember MomMom’s words

and I start to cry hysterically in the cafeteria. I imagine MomMom in the grocery store, a box of fish sticks in her hands, crumbling to dried coral and sea foam on the white tile. My teacher walks over. I tell her my grandmother disappeared because I said the one thing that will make her leave me like my mother had. I want anything but to be left again. I want anything but to taste salt and remember that one time in the ocean I swallowed a mouthful and how much I hated it.

The rest of the afternoon, my memory turns to foam and pulls back into the sea.

No one knows how mermaids die. In Andersen’s “The Little Mermaid,” the grandmother says mermaids live up to 300 years, but when mermaids die, they cease to exist. She says humans have an eternal soul that lives on in Heaven. Maybe MomMom was given a soul when she chose to become a human. Maybe part of the deal was that she would have a shorter lifespan and no soul. But I hope she was given one. I hope someday to be with her forever.

When we sell the lakehouse, MomMom cries for hours. The lakehouse is the closest to home I’ve ever felt.

That day I’m the last kid waiting to be picked up from school. Tears well in my big eyes. I see everything underwater. I hate myself for enacting the leaving on myself. Mermaids live almost forever. And I’m supposed to be with her a quarter-forever, an extra 75 years. We’re all supposed to be together.

A car rolls down the school’s blacktop. MomMom steps out of the car. I run to her, crying.

I thought you turned into foam, I say, leaving wet marks on her shirt.

I would never leave you like that, she says, rubbing my back.

I sit in the passenger seat. I swing my legs like fins. That’s who we are.

Andrew Hahn received his MFA from Vermont College of Fine Arts and is the author of the poetry chapbook God’s Boy (Sibling Rivalry Press, 2019). His poetry and essays have been featured in Lunch, Pithead Chapel, Crab Creek Review, Crab Fat Magazine, Anti-Heroin Chic, Glass: A Journal of Poetry, Revolute, and Rappahannock Review, among other publications. He is a Best of the Net nominee and was listed in Yes, Poetry‘s Best and Faves of 2019. Follow him on social media: @_andrewhahn. 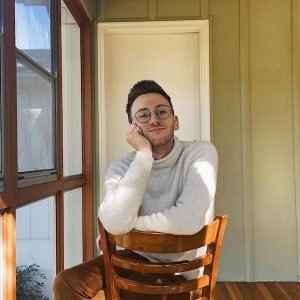