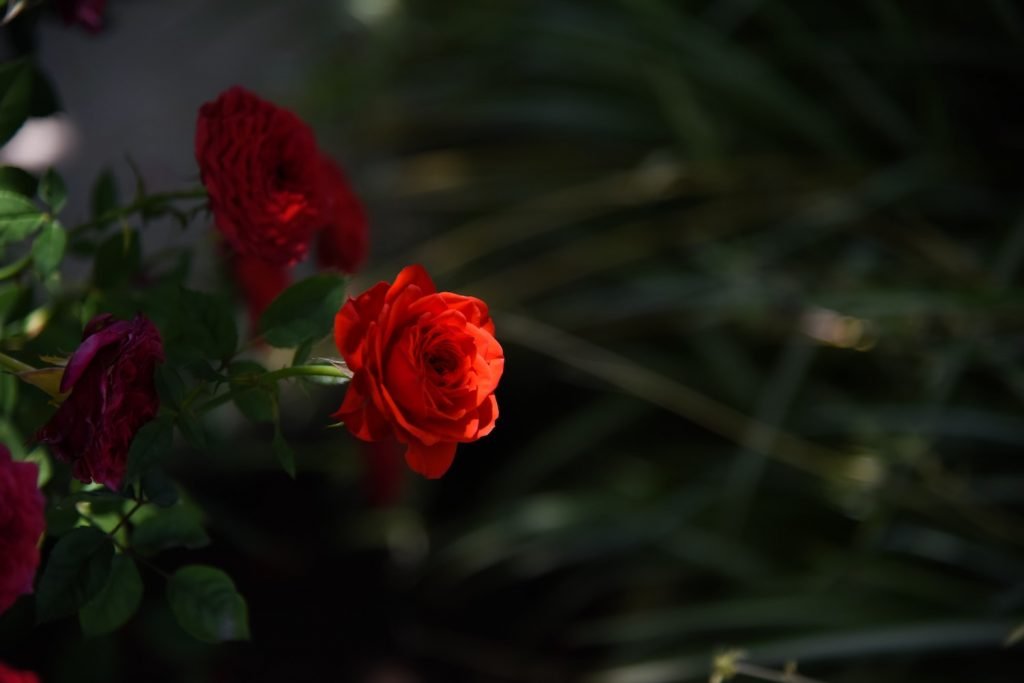 Audio: Michaella A. Thornton Reads "You Think About Gorgons and Rosebushes and Resurrection"

You Think About Gorgons and Rosebushes and Resurrection

by Michaella A. Thornton

After he leaves, continue mowing the lawn but bemoan the unruly border he used to tame with the weed whacker. Patches of dandelions, crabgrass, and wild violets stand in unkempt defiance. Strangely, there is no clear division of labor when one leaves and another stays. Loss bleeds over.

You are here, in a place where you do not know how to use a weed whacker without decimating the grass, without exposing the topsoil, as naked as your unmet need to be loved. It is uncomfortable to be confronted with all you still do not know.

You hear your dead grandmother say, “Love someone who loves you more than you love them.”

She spent her whole life marrying rich men she either divorced or survived. You wonder if she was ever truly happy with this setup, her heart venturing out only as far as the fenceline.

“But why court this deficit?” you ask her. “What if I want to love someone without restraint?”

“Then expect disappointment,” she says.

She was already disappointed in you—the tall, bookish girl who refused to play debutante like her beautiful daughters (your mother, your aunt) and her mother (your great-grandmother), all the pretty women before you who traded their looks for security. They had to, you rationalize, but I don’t.

After he leaves, frame the Dolly Parton greeting card your best friend sends you as a token of solidarity. Dolly reminds you, “If you don’t like the road you’re walking, start paving another one.” Somehow, the dimestore truism is made less severe by Dolly’s angelic, I-spent-a-lot-of-money-to-look-this-cheap rhinestone beauty.

You think about all the other half-assed, incomplete roads you’ve paved in your life. You wonder if it’s the completion of the road that matters or the beginning-to-rebuild part that’s most important.

You also wonder if it’s too late to wear glittery eyeshadow and red lipstick. Everyone tells you middle-aged women are invisible, but you didn’t get the memo. You still feel present, seen, but you know what they mean.

Could you live in your glorious body and not feel shame in the sturdy bow of your belly, the full-sail sag of your breasts? Could you wear a crown of white clover in your graying brown-gold hair and allow yourself to be loved again?

Before he leaves for good, you notice the dying Knockout rosebushes overlooking your bedroom window. The roses, the Realtor assured you, no one could kill. Yet, together, you did.

Southern Living says rose rosette disease possesses a once healthy plant and then produces “Medusa-like bunches of bright-red new shoots,” the botanical equivalent of a Gorgon.

Without fail, the invaded bush turns to stone. The deadly virus spreads to the roses by way of almost imperceptible eriophyid mites, who are, like the Kansas song, just dust in the wind.

You ask him to use a chainsaw to extricate the knotty, rotting mess from the front lawn, where everyone in the neighborhood can see this disaster.

“We don’t own a chainsaw,” he says, as if simply stating facts will get him out of this task.

So, you do what you typically did in your broken marriage: you find a solution when he sees none. There is a neighbor who has a chainsaw and who loves your chocolate chip cookies, so you bake them in exchange for use of the power tool for the weekend.

Your ex does what you ask one last time, but he only cuts the infested bushes to above-ground nubs. The damage is now out of view, but the roots of all this shit are still intact.

You spend days digging out what remains of these monsters. Some roots are as spindly and white as bird bones, others as dark and deep as entrails. Your hands blister against the shovel’s wooden handle. Afterwards, in the evening, you ice them in the dark.

In the daylight, you drive to the nursery and fill your hatchback with meadow sage, brown-eyed susans, columbine, Gerbera daisies, a pink peony bush, French lavender: all the flowers he never gave you.

You touch the dirt where the roses once thrived, and you can’t help but wonder how the story would have gone if the rosebushes hadn’t died.

Or, conversely, what if the Gorgons—those misunderstood, maligned sisters—had protected you, like in ancient Greece, where almost every home affixed their fierce faces to the front of buildings to ward off evil? What if they had already anointed you in the blood of the right side, the blood that revives the dead?

You think about Gorgons and rosebushes and resurrection as you turn the soil.

Michaella A. Thornton’s prose can be read in Past Ten, Brevity, Creative Nonfiction, The New Territory Magazine, The Southeast Review, New South, Midwestern Gothic, and a few other places. She loves her 3-year-old daughter, second acts, and digging in the dirt. She tweets: @kellathornton. 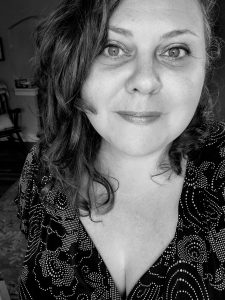