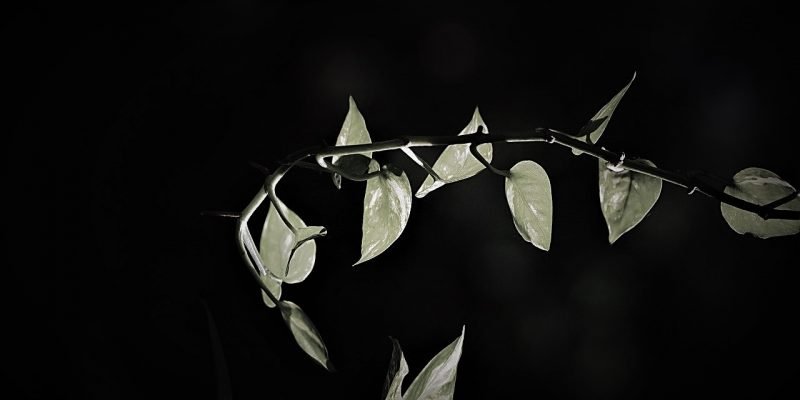 If you can’t see the skyline any longer, you’re safe. They told me that when I interviewed. You’re outside the Bolt Longitude. The Bolt slices through the land out here around 95-something-something-W—a custom longitude for Motherland, awarded by the Geo Reform Trust. A string of Motherland-branded stakes stretches for a few hundred feet across the land. Bolt is steel is strength when you’re rising to uphold the mission of the state-corporate hybrid that put you where you are.

The place is easy to miss if you aren’t looking for a metal sign at an exit on Highway 51—a woman, long flaxen hair and shiny granite eyes, clad in a dark robe. Up close, her gaze fixes on an elevated plane, seeing over and past you. Stars and bright swatches of color flank her. MOTHERLAND DISPOSAL CENTER encases all in an oval of sans-serif caps. The service road splits off to the south, becoming dirt after a quarter mile or so. The facility stands behind a line of trees and a small pond.

Tark the Tech slams the hatch on the burner inside Module D. Old, papery skin knits a livid sheet around his mouth. “Stubborn load there.”

Collins, the young new module engineer, nods. “Little bit, yeah.” He follows Tark down a hallway leading from the module to one of four sky bridges that connect to the central building perched on a short hill.

The module engineers deal with incoming masses of solid waste, using a chemical bath to turn each one into a murky gel that superheated air jets will dry into cubes of compressed ash. These go to the industrial fuel people who offer the best contracts to convert them to a second life and fiery death.

Tark stops halfway across the skybridge and points in the direction of the Bolt. “All that out there.” He sweeps his finger back. “And all this inside here. We don’t got to ever think a . . . a single trouble.” He propels a dry hack of a cough into the air. “No sir, don’t think there’s been even a squittle or drub sent our way on matters since we . . . we took . . . took our stances to the high seat.”

Collins examines Tark a moment. “That works, of course.”

The squat figure of Colby Runnels, the CEO, stands in the mouth of the central building. His eyes gleam with anticipation. “Gettin’ our new tiger all whipped up lean and mean, are we?”

“Oh, you know it, gubb’ner,” Tark chirps. “Ain’t no half-percenter takin’ us for a dogleg this go-round or no other. I wantcha to—”

The CEO waves a hand. “That won’t be necessary, Tark. Keep that in the can, know what I mean?” With both hands he makes a frame around his face. “Photographer’s due here around three, I believe.”

Tark nods. “Oh, up top—yessir, that’s well-met.” He chuckles himself into another coughing jag.

Runnels, the gubb’ner. He had peered over my shoulder one day during my lunch break, noting the journal CitizenRise on my phone screen. Specifically it was an article on the things Geo Reform enjoyed, state by state, flourishing outside of federal jurisdiction. I thought the next few minutes would see a man’s head explode as Runnels unleashed a volley of derision on CR, ranking it among the “worst, most disastrous rags of its kind,” and a “nest of vipers doing their best to bring down the work of diligent men.” Throughout the tirade a tone of fear cinched his voice. He lurched around, practically caromed off the break room walls. He took on the character of a pursued man. Even a cornered one. Without warning he picked up the latest philodendron I’d brought and hurled it against the wall; the pot shattered in a spray of dirt. He never liked it that I’d furnish plants—English ivy, philodendron, coleus, or whatever I might bring—to take the edge off the blinding, antiseptic whites of the break room and the lobby. “Casey,” he’d griped once. “Those things make the place look like a damned jungle.” So this time he decided to teach that split-leafed piece of shit a lesson.

The CEO of Motherland had no idea of the prompt he’d given me with this behavior. Homework. Digging. The name Colby Runnels lit up my laptop: a couple of domestics, a firearms, extortion of a partner who’d broken from him over what-would-have-been-the-extortion-of-County-Commissioner-McCord-he-didn’t-much-like-Geo-Reform-and-wanted-to-defund-Motherland-and-everything-else-Runnels-had-cooking-oh-and-didn’t-a-necklace-also-wash-up-on-the-riverbank-near-the-Jenks-bend? Life at Motherland wasn’t like much else to begin with, but now a few paragraphs in the king’s Helvetica screamed without reservation that there was a ship to jump.

I told Alison that if nothing else came close to what Motherland paid me, I’d have to scale down until I could find something that did. Her library director’s salary had climbed over several years but hit a freeze. When I told Nora about the state of things at Motherland, she responded from the top of her eight-year-old mind. “People think badly,” she said. I had found a kind of safety in learning to take these remarks for granted, for the simple reason of their frequency and the conviction with which she made them. That and the notion that her keen eye would be an advantage to her rather than a parental trophy collecting dust.

That was a quick eight months. It went like no one had been minding the prettier ways of time. It ended just the other day, along with my 34 years overall. Scarcely fifteen minutes separated that moment from a phone call to a friend in what I thought was a safe, remote corner near a stairwell. But every day at Motherland was picture day, as I now know. Sound day, too—tiny dark knobs mingled with sprinkler heads, pulling in whole conversations and parsing keywords according to inflection and emphasis. They called me to the basement to help with a lifting project. The muffled slug pierced the back of my skull, and a final darkness prevented me from feeling the floor meet my body.

I haven’t settled for anything as false as closure, as surely as I haven’t settled for being a stubborn load processed in Module D by my replacement. Nosing around did earn me the truth about Module D itself. What remains to be seen is what kind of mettle Collins will have if he ever finds out. But that’s his box to open, if he doesn’t go my route first.

Ryan, the photographer, is right on time and gets down to business. I get the impression he’s used to being a lone wolf auteur, not much into collaboration—hardly surprising for anyone who does what he does. As everyone gathers around the monitor for the captures, I can’t help wondering what he’ll do with a challenge to this ethic. In the first pose around the front desk, a philodendron bedecks Runnels and covers half his face. A tongue of peace lily stretches from Tark’s mouth to his chest; his eyes are some of the whitest tulips I’ve ever seen. The ivy winds itself around Accountant Barbara and crawls up Front Desk Shanna—two leaves on her eyes, like pennies for the dead. Steve, Grounds and Maintenance, gets a coleus that spreads like a mass of blue monarchs at his crotch. More loops and criss-cross with the ivy, and give the spider plants to Collins and the other Module Engineers to peek through. In the next few images, the plant life weeps a pale plasma down necks, onto chests. Eyes blacken into sockets. Greenish-brown fluids run from noses and mouths. Runnels stands frozen before the Runnels with a pig’s leg splitting him from skull to shoulder. “Mother of Christ!” he whimpers. Murmurs and gasps leak from stricken faces. Ryan toggles through the images on the monitor. If he’s anything like me, he’ll be ready to go again in no time. 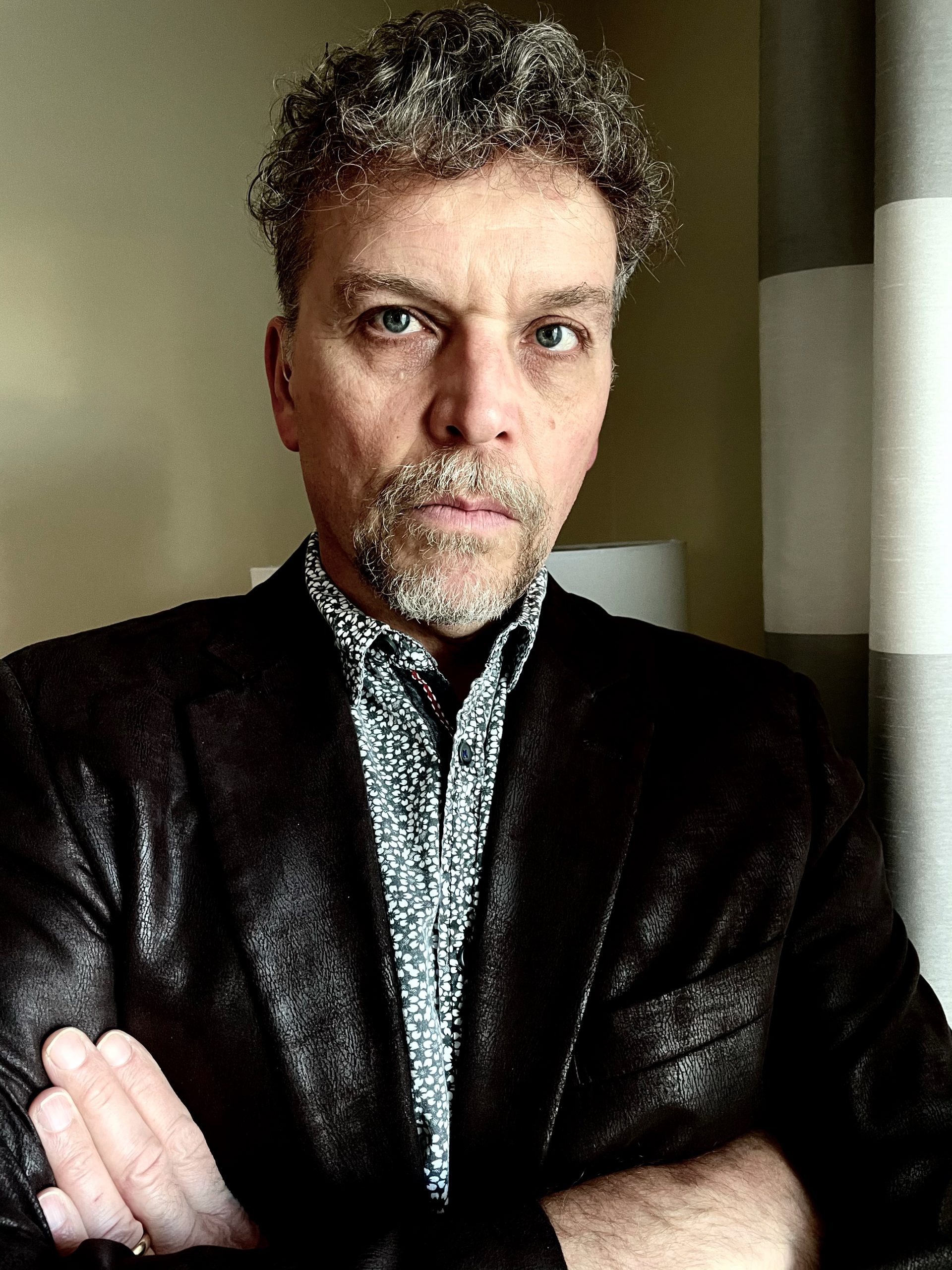 F.M. Scott is from Tulsa, Oklahoma, where he lives and writes. His stories have appeared in The Horror Tree, The Killer Collection Anthology (published by Nick Botic Horror), Sirius Science Fiction, The Tulsa Voice, and The Rock N’ Roll Horror Zine.