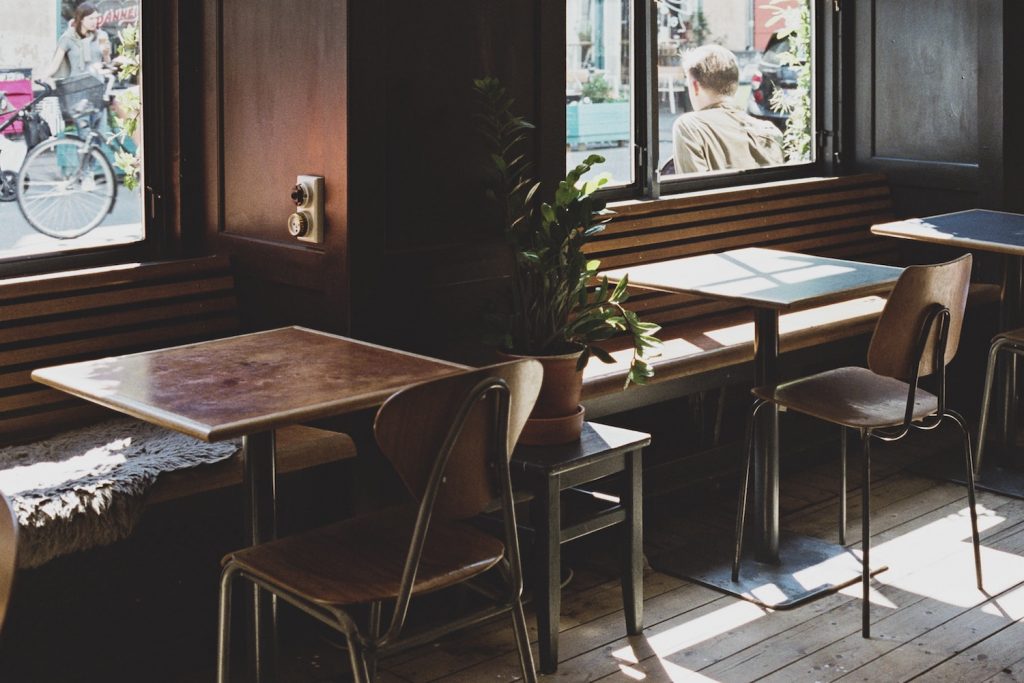 I arrived late with my coffee in its towering vessel. Daylight pressed against the window, my computer screen and the sky behind it a melded matte wall of white light. I blinked, trying to adjust. Then a phone rang and I put the unusual light out of my mind, took my seat and dragged, clicked, opened, and typed.

A little while later it hit me. I leaned toward the window; the canopy of green that had filtered the sun all these mornings as it crept up the east side of the office, arched over the roof, and eventually settled on the west side as we packed our bags for home was gone. Home. I didn’t look forward to home and the weekend the way I used to.

The woman who sat next to me said, “Your coffee!” and rushed over with the stack of leftover takeout napkins she kept in her desk and began sopping up my mess.

“The tree is missing,” I told her.

I explained that we had always sat face to face with it. Didn’t she notice the absence of chirping birds?

She nodded, the wet napkins dripping onto the carpet.

In the copy room, paper chugged rhythmically from the Riso. The coffee machine gurgled. Everyone kept their distance, as if we were each trapped in fragile soap bubbles that could pop if we got too close. No one wanted to hear about how on Friday I had stared so deeply into the fiddle-leaf fig tree’s branches that the rest of my surroundings had fallen away, like happened when discussing my daughter’s weekend plans with my ex-husband. He talked about her aerial dance class while I thought about how we had never really fought, and why else does a person leave another person? I knew, but I didn’t. He was brusk and cool with me now. Polite enough, like an acquaintance, a mailman. He acted as if our knotted past had been erased, censored, like a dictator changing history books in his favor.

I decided to take the matter to my boss Cynthia and walked into her office unannounced. She was eating a banana. “Yes?”

“I have to ask you a question,” I said. She stopped mid-chew, her cheeks lumpy. I had never been so direct with her before.

“Did you know they were going to cut down the tree outside my window over the weekend?”

“What tree?” she asked, coming back to herself, swallowing her food.

We had a tree in front of the house where we used to live. Our daughter would throw thick, colorful ribbons over its limbs, binding herself and then unwinding out of position, cascading to the ground. The bark grated the expensive fabric, but we didn’t mind.

“No, I don’t. And even if I did, do you think I own this property?” She laughed briefly, squinty eyed. “Do you think I have any say over landscaping decisions?”

I watched her carefully to see if she was lying—her eyeballs didn’t wander; her voice stayed level.

“Would you mind giving me the phone number of the property manager?”

Back at my desk, I found it myself online. I explained the situation to a man with a tired voice.

He said only, “I deal with a lot of properties, and I cut down what they tell me to cut down. I can’t remember them all.”

“It was the biggest fiddle-leaf fig I’d ever seen.” My stomach contracted at my use of the past tense. It was really gone.

But was it? Maybe it had only been aggressively trimmed. I needed to know for sure.

I hung up and jogged downstairs, out into the small courtyard with the concrete bench where I’d eat my Tupperware leftovers. There it was, the ringed stump. I pressed my palm to its frayed tan center. I turned away and sat on the now unshaded bench, my thighs easing into its heat. A new question came to my mind: why had it been killed? If I knew, I could come to the defense of future trees. But I would never know, and so I decided to follow the others and numb the tree’s existence from my memories, almost as if it had never been there at all.

Audrey Toth teaches English to eighth graders in Los Angeles and holds an MFA in Creative Writing from Vermont College of Fine Arts. 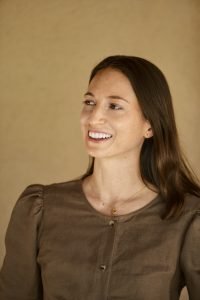