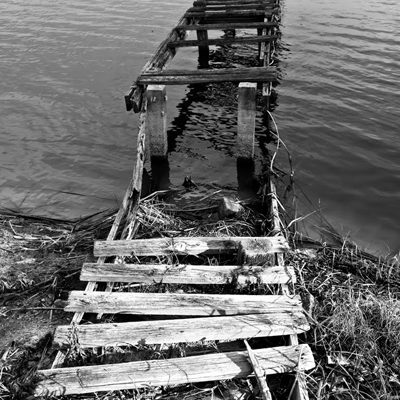 Emma Charles did not notice the tan Chevy Silverado backing up out of the wooded driveway until it was right on top of her. Most days she would have been on hyper-alert because Stamper, her neighbor, had threatened her three times since she’d moved to Roseland ten months earlier. This day she had allowed herself to relax a little. It was her 60th birthday, after all.

She was trying to get her pug, Manny, away from something in the weeds, but he wouldn’t budge. When she finally succeeded, the truck sat idling in the middle of the street, facing her.

It inched towards them so she turned in the opposite direction, but there was a pit bull at the corner tied up to a rusted rail. The pit bull howled and pulled on the rope tether until it buzzed tight. Emma’s heart pounded, and she felt slightly dizzy. My lord, not again. She lowered her head and tried to pass around the passenger side of the truck.

Sweat formed where her breasts hung beneath her cotton dress. Her bad left knee throbbed. Mosquitoes sang in her ears, and her breath grew rapid and shallow. The truck pulled forward at an angle blocking her way. She tried going around the driver’s side, but he backed up over the curb. The man’s laugh was guttural and cigarette-ruined.

She looked for ways to pass but stood helpless while he positioned the truck so his window was just above her head, his red arm inches from her face. A white baseball cap shaded his eyes. Cars passed half a block up on the main road. “You wanna call the police? Here. Go ahead. I’ll let you use my phone.” He wagged a flip phone in her face.

The first time it happened, she’d called the police. They laughed, told her his name, said he drank too much.

“Take that fucking dog and get off this street.”

She was paralyzed from anger, fear, or both. It was like he’d reached his fist in and stolen her voice. The thick overgrowth of a Louisiana summer crowded the roadside, and the sweet scent of honeysuckle intensified in the heat. The world around her blurred into a shimmery haze. There was a roaring in her ears above the shrill whine of the cicadas.

He finally eased away then gunned it. Her breathing and heart slowed, and her head rejoined her body. Nobody saw it happen. That part made her crazy, like she had imagined the whole thing.

That night she celebrated her birthday with Manny and a chocolate cake from Sara Lee. It was her first birthday after the divorce and the move. She had loved it there at first.

The next evening, Emma took Manny toward the gravel pits, past the ball field, under the water tower, across the railroad tracks, far away from Stamper’s house. She still felt the rage in her gut. Many years ago, when men at a fire station had yelled out what they’d like to do to her, how many times and how it would feel, she had lost her voice too. When the man she’d been babysitting for pushed his weight against her on his couch, pulled down her jeans and came all over them, she could only struggle and grunt, the protests stuck in her throat. Her voice trapped, like an insect pushing against the sides of a glass jar.

The woman on TV: The boy had locked her in a room and, while his friend egged him on, lain on top of her. She said she thought she would suffocate. When it was over, he’d continued to smother her voice.

Years later, that woman had the guts to tell her story, of being held down, helpless. Nobody listened. They gave the man a spot on the highest court, but she had found her voice. This gave Emma an unfamiliar thrill of something hard and determined. A fierce calm came over her.

Dim light reflected off the gravel-pit lake that was said to have no bottom. She knew Stamper would never follow her here. An L-shaped crumbling platform jutted out onto the shiny surface. She rested on a bench and lifted Manny in her lap.

When she heard the familiar engine sound, she froze; she couldn’t believe he had followed her. The Silverado crunched to a stop on the gravel. Stamper started toward them, his bulk shadowed in the dusk.

He tripped over something on the path. Emma tied the dog up and hurried to the platform past the weak planks she’d discovered weeks before. If he risked this dock, he deserved whatever happened.

He stopped on the shore, clenching and opening his fists. “You surprised to see me?” he laughed. “I bet you are.” He lurched onto the platform. His baseball cap flew off and landed in the dirt.

When he got to the weakened planks, he wobbled, reached out his arm. She took one step back to the edge, the cool surface of the lake breathing up under her dress. The platform shook. She grabbed the railing.

He went down in one swift drop, submerged in an instant. The ripples shimmered in wider and wider circles, then the water calmed—as though he’d been dragged to the bottom by a monster. The cicadas wailed above her head in the tall pine trees. She skirted around the ruined place where he’d fallen and waited on the shore. He shot up, spluttering and moaning.

Her voice was shaking. She didn’t recognize it as her own: “This.” She kicked his hat into the water, her voice gaining strength, “is what it feels like.” He looked confused, terrified, and dropped back under the black water again. His cap bobbed up like a child’s toy and floated in the center of the ripples. 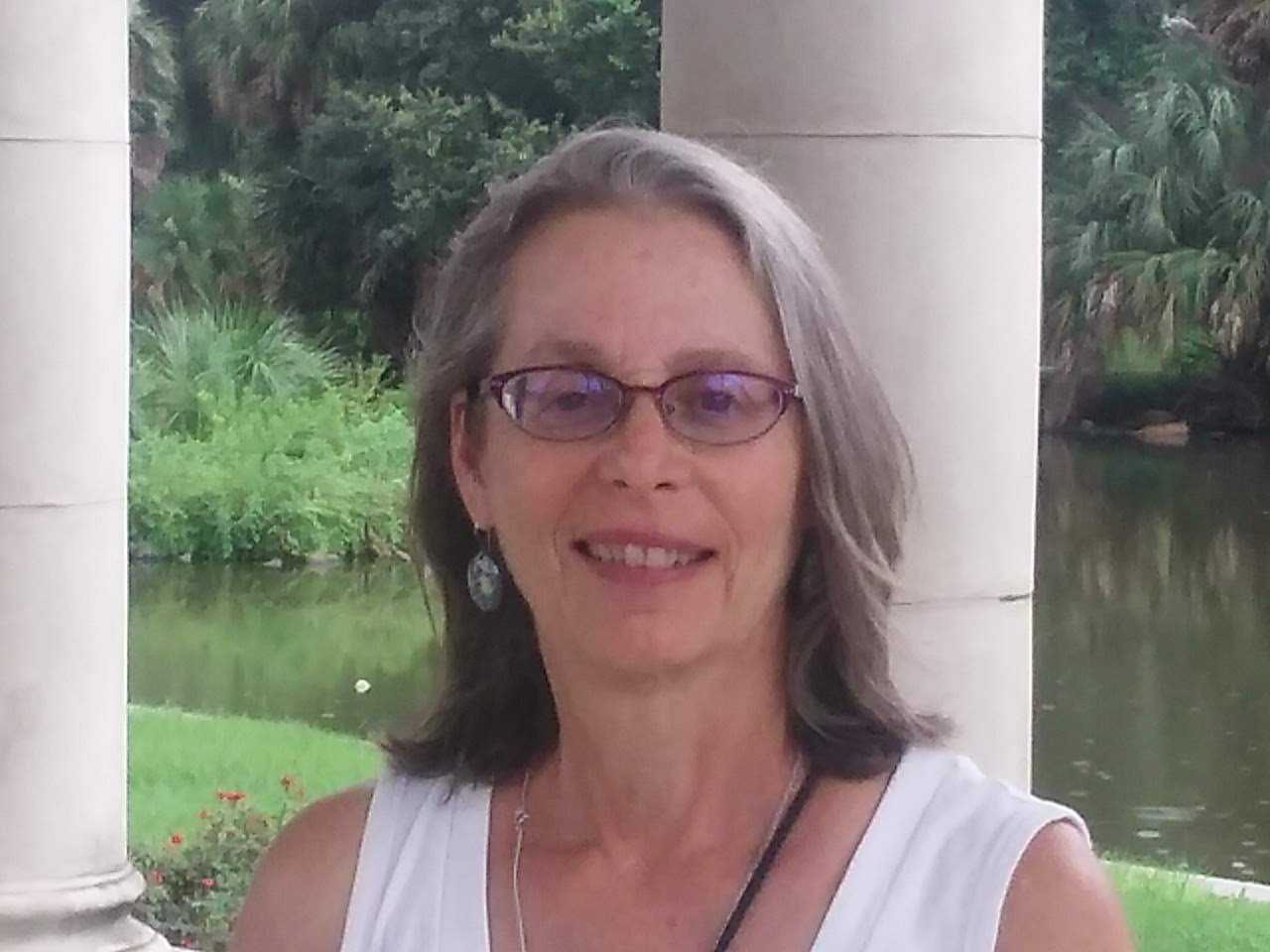 Sharon LaCour grew up in New Orleans, and most of her writing takes place there and in the Deep South. When not writing, she’s gardening, reading, walking, or teaching piano lessons. She lives in the upper Midwest, where she’s learned to enjoy the snow.