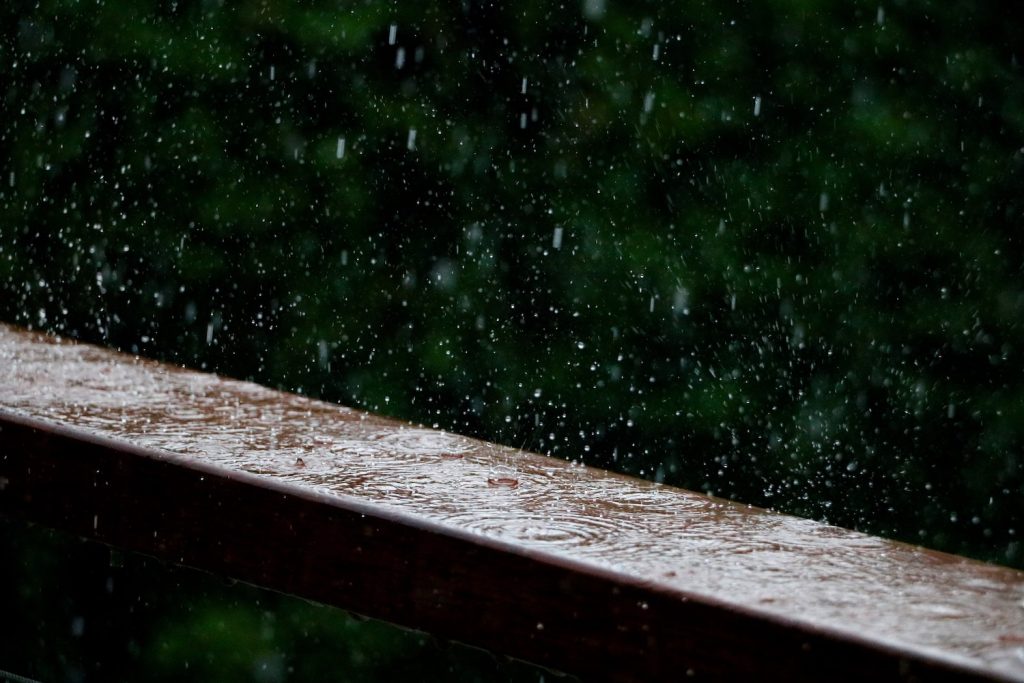 And then they were gone. They left ruptured ground, newly broken, newly damaged, newly formed by heel and toe. The sky broke after that. New lakes like cemeteries; the ground smoothed.

He stripped himself to his long underwear, then stripped that too. It drizzled as though the clouds were waking from a dream. The sun peeked its only eye over the boy, the broken wood, the lakes, the village.

He floated on his back, fingers spread, and legs; eyes shut, warm sun touching his face and freshwater beneath. A sound he did not at first recognize, a piercing sort of whistling, but the creature it arose from escaped his memory. But then it came: a bird. A bird he could not name, a lost name, tittered on a broken branch. But only for a moment and it took off too, flashing through the half-forgotten leaves.

The day was warm. The air was soft. He found a dried spot under a tree; limbs twisted, trunk cracked, roots exposed, and laid himself down to dry. He might have fallen asleep. He rose when a twist of hunger shot through his limbs. He dressed carefully. First underwear, then stockings, knickers, and belt, the soft silk shirt (once his father’s but now too large for him), the vest with the brass buttons his grandfather had crafted in his shop for another man who now had no use for them, and then his hat, molded and affixed with a moth’s silver wing. His family’s crest: Immer in Richtung der Licht schalten. He plodded through muck, around broken branches and twisted trees and fresh shovel-broken ground.

Life went on. Marriage. Children. The lakes were stocked with fish. Birds returned. His mother died. His sister.  Ground was ruptured; ground was smoothed.

One morning the sky was gray and the sun obscured, his gout making it hard to walk along the beechwood floor; his youngest daughter, inching toward marriage, her hair still knotted with ribbons, ached to go swimming. Her mother relented when he bellowed from their hay-baled bed. Swimming was good for the soul. And a child needs a clean one.

She stripped herself to her long underwear, then stripped that too. She sat on the edge of the lake, long old now, willows looming large with swaying tendrils, cattails shimmying in the wind, lily pads amorously mingled, and fish suckling on gnats and bits of wing. Floating on her back, fingers spread, legs; eyes closed. No sun touched her face; water chopped at her waist.

Under a strong and graceful tree, she found a dry spot, the willows dipping onto the droplets spanning her skin. But no birds tittered overhead.  A yellow carnation grew among the mushrooms littering the tree’s trunk. She placed it behind her ear. The day was quiet. The day was calm.

And then they heard them come again.

Aaron W. Fentress is a Vermont College of Fine Arts graduate and, yes, he misses those brutal winter nights where the air froze, ever so briefly, in his lungs. Besides writing and reading, he has a deep love for comic books and cartoons and thinks he should maybe find some outdoor hobbies. He is biting his nails in anticipation of returning to Brooklyn, but currently he resides in Las Vegas. 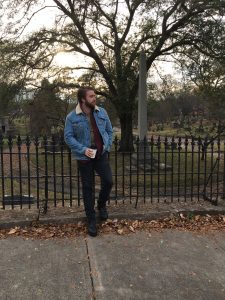