She opened the heavy book on her brother’s desk, the one he’d brought home from college after he’d aced his anatomy final, and began to browse the index, looking for the section on skin. For so long her skin had been her obsession. Her best feature—peaches and cream, her grandmother called her complexion. A pre-Raphaelite glow, her mother said—and strangers stopped them on the street to comment on its delicate color and silky texture. She had taken its beauty as a birthright until the pimples began to erupt, first along the side of her nose, then spreading to her cheeks and chin. Now she obsessed over the oily pustules, the red blotches, the scabs that formed when, against all advice, she picked the pimples with her nails.

And here was the diagram, skin and the pockets and coils and vessels just beneath it, hair shafts rising from it like trunks of palm trees.  Epidermis and dermis, pores plunging into the interior tangle of root hairs, veins, arteries, the smooth and lumpy glands. She skimmed the text till she found the bold words “sebaceous glands” (/səˈbāshəs/—“greasy”). Which is what she felt—soiled and ruined. She read the impassive description of the way a whitehead forms, the way sebum could oxidize and dry to a blackhead. As she skimmed the text, she held the formal words in her mouth—apocrine, eccrine, ceruminous, pili, as if they could lift her out of her own private shame.

Then, absently, she leafed through the other pages. She already knew vaguely the location and purpose of the various organs, the basic mechanisms of digestion, respiration, even reproduction, though the mechanics of it remained faintly distasteful, unrelated to the flush of warmth she felt when she studied boys’ bodies at school or brushed against them in the halls.

The photographs took her breath away. Scarlet uterus, ovaries, and cervix. Pale, wrinkled testes and stringy spermatic cord.  A shoulder joint, like a soupbone cut away from a more expensive piece of meat.

Beneath the skin of the world, these systems held bones and organs, blood and nerves, the convoluted brain, in a complex unity. She marveled at the juxtaposition of inner and outer reality—here the photo of a hand, muscles and tendons exposed, but the fingernails intact; the cross-section of a nostril, showing the mucus membrane crisscrossed with veins, then the curve of flesh and cartilage that defined the profile, the flare of nostril, and from the aperture, black hairs protruding. The dual reality of a human being and a cadaver, sending a shiver along her spine.

Years later, each time her scalpel entered a patient, that shiver rippled along her nerves, though she barely remembered her brother’s book and the thrill of first gazing at the border where moist, inner body met skin. And her brother, the one who had been destined to be the doctor? Gone, his anatomy nothing but ashes, scattered by the war that had dissected him with such dispassion. 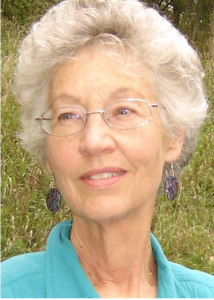 Mary Makofske is a prose writer and poet. Her stories and essays have appeared in About Place, Calyx, Chattahoochee Review, Iris, Plainswoman, Rockhurst Review, Temenos, and The Gamut, where she received first prize in the Futurological Contest. Her latest poetry book is World Enough, and Time (Kelsay, 2017) and The Gambler’s Daughter (Orchard Street Press, 2022).