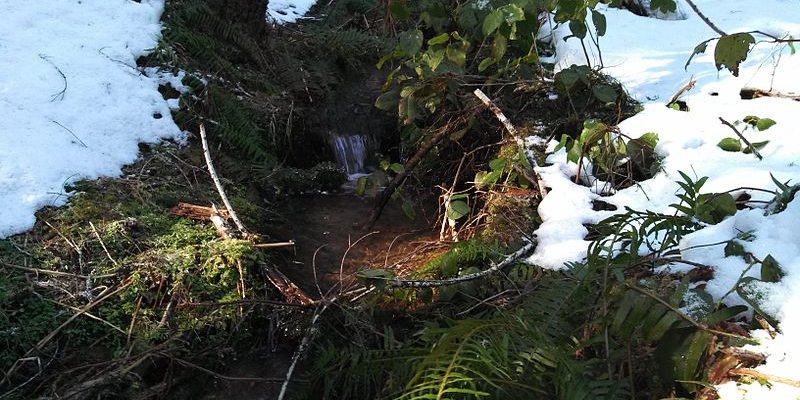 Today’s batch of Pacific Northwest winter wetness sounds like rusty nails rattled out of an upended old-fashioned coffee can— like the one my dad used to keep in his basement workshop. What feels like one hundred years ago but was half that.

Some people call this repetitive mantra of rain white noise. I don’t quite know what that means scientifically, except that it’s good for soothing brain waves. Calming. Meditative. For me, it is something more—a time machine. Right now, I’m at my home office desk transfixed, staring out the streaming window glass but seeing the inside of my head instead, that cruel retro theater of the mind.

I’m back in time forty years ago, at a bus stop in Flushing, Queens, New York, waiting with my college boyfriend Mike who’s holding a black umbrella over my head. One of the spires is bent, twisted up at an odd angle. I’m still getting wet, but it’s the thought, right? His narrow face is calm. Steady brown eyes are clear. I feel myself smiling. We haven’t kissed yet and I wonder if he’ll do it now. His thin lips are pressed together. He’s completely still, towering above me by a foot. I’m shivering. I should kiss him, I think.

Do I? Did I? I can’t recall. Only the bus pulling away with me on it, seated by a window halfway down the aisle. Mike raised his hand in a goodbye salute.

Mike was my first love, a love that’s never diminished even though we broke up seven months into the relationship. Or, rather, he ended things because of my terrible insecurities over not being thin or Hollywood pretty. At the time I was devastated. Now, I know he had a point. A week after dumping me, he sent a sweet handwritten letter saying we should try again. I ignored his missive, too hurt and prideful to give him a second chance.

My husband and I have been together thirty years. I do statistical analysis and he’s an electrical engineer. We have three cats, one of whom hates us. We have one TV but cable with a DVR is better than marriage counseling. The only perfect relationship is the one you didn’t have.

In a parallel universe, Mike and I got back together, married, moved to a lovely home on the Maine coast. He works in IT and I am the librarian I always wanted to be but never became. We fight over what to watch on TV Saturday nights but learn to enjoy each other’s favorite shows. We dine out once a week on lobster. We build snowmen on the front lawn and love a series of mixed-breed dogs we adopt from the local shelter. A different life that seems more perfect than the one I have because it’s winter and it’s raining here on the Oregon coast. Coming down hard. 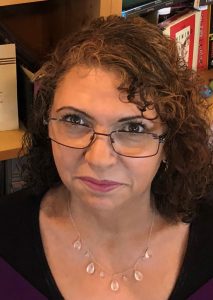 Lana Ayers makes her home in an Oregon coastal town of more cows than people. As managing editor at three small presses, she has shepherded over 80 poetry collections into print. She holds M.F.A.s in poetry and in writing popular fiction and has degrees in mathematics and psychology. Her work appears in numerous print and online literary journals, as well as in her nine poetry collections and a romantic time travel novel. Visit her online at LanaAyers.com.