Don’t Move; Margeaux is my roommate. 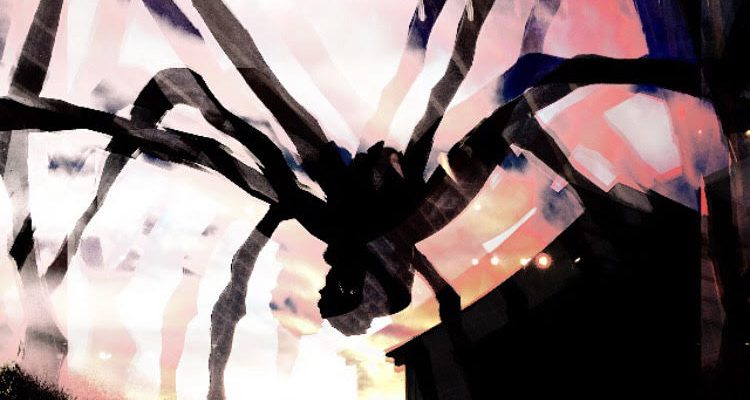 When he says don’t move and you don’t, when you look down and see the black widow on your left shin, its hourglass almost cartoonishly visible even here on the dimly lit patio, even against the dark of your jeans—when you see it, you don’t jump. You don’t think of how, for years, you’ve shaken shower curtains and bath towels, carefully checking each side for spiders. You don’t think of the morning before high school that you stumbled into the bathroom at six a.m., still half asleep, pulled a black sweater over your head, and watched in the mirror as a small black spider crawled across the exposed V of your chest. You do not think of how you woke your parents with your screams.

You do not scream. You take a sharp breath and hold it in, but you do not scream, and as your husband grabs a branch from the ground nearby, you don’t think: This is what we get for moving to a town known for its black widows. You don’t think of how you’ve always loathed spiders, their crooked walks and bloated bodies. How you can’t stand pictures of them—even stories. How if anyone were telling you this story, you’d cover your ears and run.

As your husband walks toward you with the branch and you stand perfectly still, you do not think how, before your husband met you, before you convinced him that even what we loathe does not deserve to die, he used to kill spiders. You are not wishing, as you often do when you find a spider in your shower, that you’d let him remain merciless.

As he stretches the branch out to your leg and tells you no one has died from a black widow bite in ten years, you do not say: Oh, great, why don’t we just invite the spider into the house, then? You say nothing because you are counting the leaves on the fig tree. You can barely make them out in the dark, but it keeps you from looking down. You’re wondering, if the spider does bite you now, as your husband is coaxing it onto the stick, if it will feel like the prick of a needle or if you won’t feel it at all. Whenever you have your blood drawn, you count the ceiling tiles and the nurses ask if you are okay and you say, I will be fine as long as I don’t look. If you don’t look down now, maybe there is no spider.

As your husband pulls the branch away from your leg and you don’t look to see if the widow is on it, you remember the time you saw a daddy longlegs under the dining room and ran to the kitchen to tell your mother. Who knows where you father is in this memory, whether he would have come to the dining room to kill it or told you to handle it yourself and shut the door to his office. You do not think of him now. You remember how your mother stopped stirring the marinara sauce and came with you to find the spider.

As your husband says got it and walks away from you and you do look down at your leg and there is no black widow there, you remember how you and your mother couldn’t find the spider; it had vanished. You went back into the kitchen to stir the sauce and stood eating plain pasta from the colander in the sink across from your mother until you felt a whisper like the brush of a moth’s wings across first one bare foot, then the other. You froze then, too. You did not look down.

As your husband lowers the branch to the ground, you remember how you called to your mother only after the spider was off of you, how she almost stepped on it turning from the stove, how she opened the back door for it and said there you go, the spider showing itself out and your mother tapping behind it with a small broom in case it changed its mind. You remember how you did shriek, just once, as you watched it walk out the door. You remember how, after it was gone, the whisp of it across your flesh—you’re screaming now, one long scream, and your husband is staring at you like he’s never seen you before—how you almost missed its touch. How you nearly longed for it again.

Margeaux is my roommate.

Margeaux married her American ex-boyfriend so she could stay in the States.

Margeaux says: It was his idea.

Margeaux winks when she says this, but somehow it’s not cheesy.

Margeaux is the only person I’ve met who’s good at winking.

Margeaux has an oversized beige sweater she bundles up in when it’s chilly, which is hardly ever because we live in Los Angeles.

Margeaux’s sweater looks much better on her than on me when I sneak into her bedroom to try it on.

Margeaux is dating the editor-in-chief of a magazine so obscure that I’ve never heard of it and, trust me, you won’t have either.

Margeaux leaves her mags out on the coffee table so I can read them, and I turn the pages gently and try to leave no marks.

Margeaux’s bedroom is only slightly bigger than a closet and her rent is $650 a month.

Margeaux carries the spiders in our apartment outside with her bare hands, then flings them off the balcony and says: Oh, they’ll be fine.

Margeaux is writing a novel.

Margeaux’s friend tags a picture of her chewing gum and Margeaux comments: rad.

Margeaux persuades our landlord to lower our rent by fifty dollars each.

Margeaux is having sex with the editor-in-chief in her room at 2:00 p.m. on a Wednesday when the biggest spider I’ve ever seen is dangling in our shower.

Margeaux is still having sex in her room at 2:23 p.m. when I muster up the courage to cover the spider with a cup and slide paper over the lip of the cup and fling the spider off the balcony and tell myself: It’ll be fine.

Margeaux brings home a kitten from the farmers’ market and says: Isn’t it cute?

Margeaux is never working on her novel, or at least I never see her writing.

Margeaux asks me if she can pay the rent five days late, and I say okay and cover the difference.

Margeaux has a volunteer job, so I’m not sure how she pays the rent at all.

Margeaux gives Thoreau to the editor-in-chief.

Margeaux comes home with a dress she bought on sale and says: Isn’t it cute?

Margeaux pays me back on the twelfth of the month.

Margeaux breaks up with the editor-in-chief.

Margeaux has five tattoos and once, when we’re making dinner, she shows me all of them.

Margeaux’s fifth tattoo says loser, which I guess is ironic, and it’s tucked out of sight, under the waistband of her ripped jean shorts.

Margeaux’s unfamous boyfriend is in the credits of a movie I go see with my cousin Gemma, and I tell Gemma he’s been to our apartment twice, and Gemma says: You told me that already.

Margeaux is going to a party and asks me which is better, ripped jean shorts over black tights or no tights, and I say: Tights, definitely tights.

Margeaux is the only person I’ve met who can pull off shorts over tights.

Margeaux winks and says: Thanks, babe.

Margeaux is moving out of our apartment and in with the unfamous brother.

Margeaux asks: Have you seen my sweater?

Margeaux forgets to cancel the subscriptions to her mags, and I wait three months before I text her about it.

Margeaux texts: Thanks for the heads-up, babe.

Margeaux never picks up her mags.

Margeaux posts a picture of her newest boyfriend and he’s so famous, even you would recognize him.

Margeaux’s in the tabloid mag I buy when I fly home for Christmas.

Margeaux is writing a novel, the mag says.

Margeaux has never been married, the mag says.

Margeaux: Who Is She? the mag asks.

If they wanted an answer, they should have asked me.

I still have that sweater. 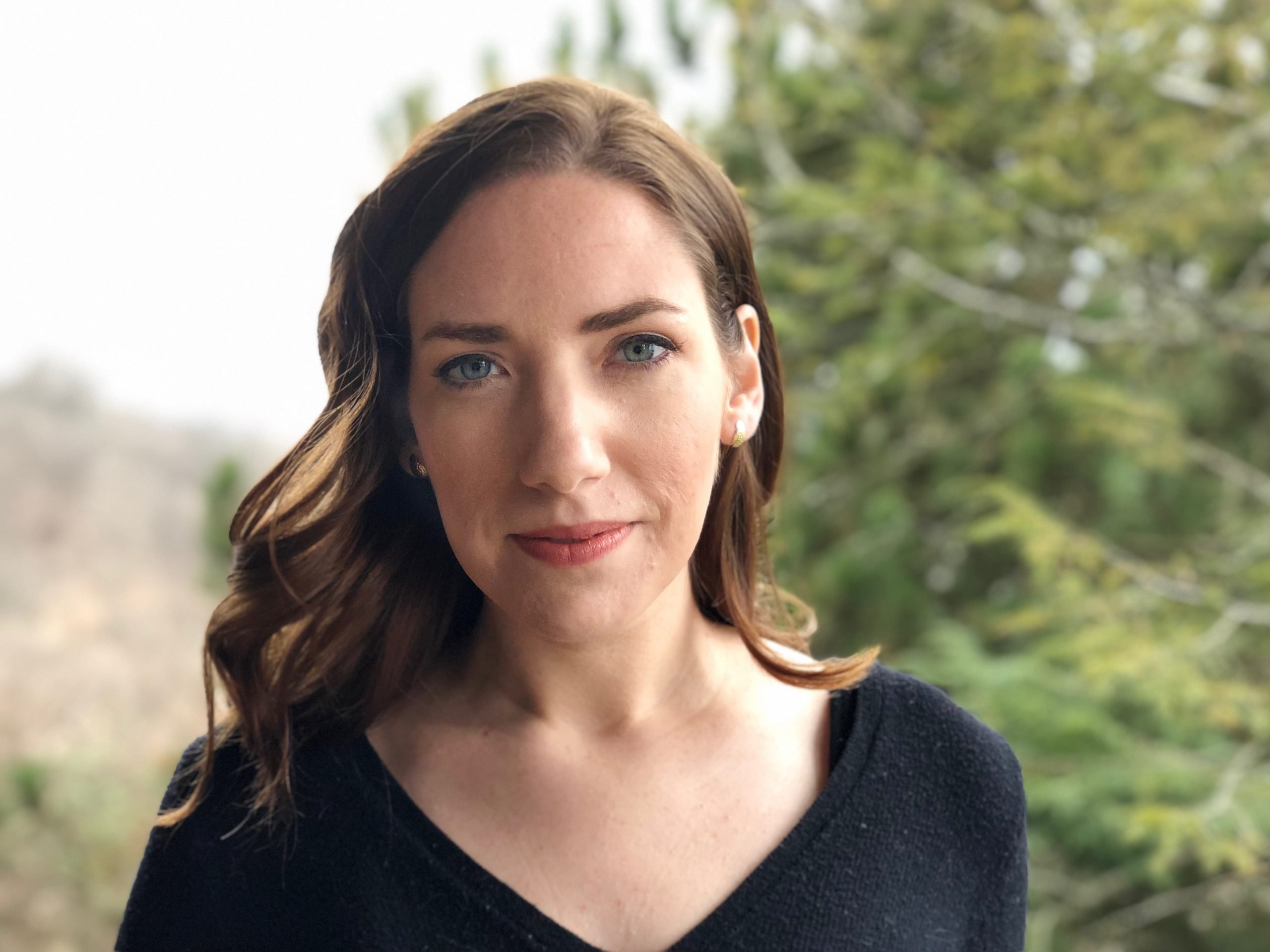 Dale Trumbore is a writer and composer based in Southern California. Her fiction has been published by SFWP Quarterly, and she has been interviewed for the Kenyon Review Online. Trumbore’s music and writing can be found at daletrumbore.com.