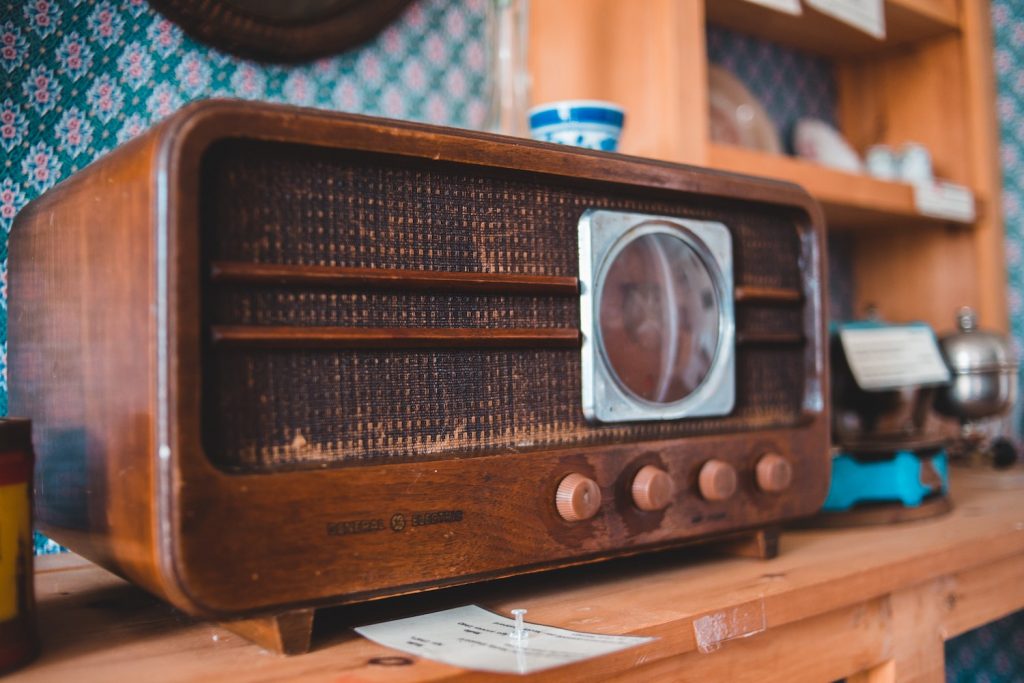 A Voice in the Night

My house is full of radios. There is one in every room, including two in the living room, a little portable that runs on batteries and a satellite radio plugged into my stereo system. All day, as I move from room to room, I turn off one and turn on another, listening to voices bringing me the news, the weather, traffic updates. I know, lately, most of what the voices have to say is either unreliable or disturbing, but I’m not actually listening for content: I’m listening for the comforting rhythm and cadence of the human voice drifting into my house from somewhere out there, wherever that may be.

I learned to rely on the company of voices that come to me through radios because of Jean Shepherd, who I discovered on WOR radio in New York in 1964, when I was twelve. Growing up in the Bronx, I became an avid Yankees fan, and I used to secretly listen to the ballgames in bed at night, in the dark, plugged into the transistor radio I had won playing skee-ball on the boardwalk at Rockaway Beach. One night, trying to tune in to the game, I somehow came across a guy with a genial voice telling a story about growing up in Hammond, Indiana, and then segueing into a long, descriptive tale about a humiliating experience he’d had taking a date to a fancy restaurant he couldn’t afford when he was in the army, and laughing all the while, calling girls “chicks,” and, finally, talking about how he’d come to live in New York City, the glorious, crazy, hip, and extraordinary Oz of every outsider’s dream.

I was hooked. I listened to Shep, as his legion of listeners called him, for a long time, but then drifted away a few years later, after my mother died and my life became a kind of preview of the instantaneous smash-up we all experienced a few months ago, when the life we led suddenly stopped in its tracks and we had to put on masks and Latex gloves and abandon much of what we knew to live a new, scary life for which there was no roadmap, no how-to manual—and which, by the way, was ruled by an invisible monster who wanted to kill me, you, and anyone else it could invade and infect. For me, my previous experience of that quick vault into crazyville happened when my father remarried and my life suddenly featured a stepmother as mean as a fairy-tale witch, a severely schizophrenic stepsister, and a dad who believed that if we all sat down together and watched Wheel of Fortune, we’d be okay. (Picture us: stepmom seething with rage, stepsister clutching the black marker she used to draw the eyes of lunatics all over the walls, and me and my younger brother, making how do we get out of here? hand signals to each other as we watched Vanna turn letters on the TV screen.)

Now, more than 50 years later, I am once again listening to Jean Shepherd. A great treasure trove of his old radio shows can be found as podcasts or downloads online, and I transfer them onto a little iPod Shuffle, my new nighttime listening friend, and once again, at night, in bed, plug myself in so I can listen to Shep’s stories. My favorite shows are the ones that were taped at the Limelight, a long-gone coffee house once located on Sheridan Square in the heart of Greenwich Village. There, on Saturday nights, Shep would talk to the assembled crowd, who’d driven in from Jersey, Westchester, Long Island, to be where “it was really happening,” as Shep used to say. He mocked the Village and the hippies—probably because he’d just missed being part of that generation—but you could tell he kind of loved them, too. He talked about how everyone really wanted to be in the Village, to be part of that fetid, festering, angry, hip place and time where it was possible to be your own person—whoever that would turn out to be—and do what you really wanted to do with your life.

What I wanted was to be a writer; it was in large part due to the way Shepherd, laughing and spinning stories in my ear at night, made it seem like I could join the gang at the Limelight that I found my way to the Village when I was a young teenager. Music led me there, too—I hung out on West 3rd and on MacDougal Street, in places like the Night Owl, the Café Wha? and the Kettle of Fish—but the path to escape from my dangerous and deluded family was also fueled by my desire to be part of Shep’s people, the ones who knew there was something going on out there beyond the Jersey Turnpike and the Long Island Expressway that they weren’t being taught in school or at their job in the mailroom of corporate America. I moved to the Village when I was eighteen and lived there for almost two decades. And it was in the Village, in a room above a harpsichord factory where I got my first real job, that I began my life as a writer. I had my first book of poetry published in 1973, when I was twenty-one, and in the years since I’ve continued to publish books of poetry and short stories, along with several novels. Shep pointed the way—he revealed the place to start, gave me the idea that running away to the Village was actually a way of running toward my own real life.

But in my own real life now, I find myself, at the age of 68, constantly being referred to as “elderly” and “vulnerable.” Well yes, I admit to having been vulnerable in one way or another for a very long time, but elderly? I think that horizon is still a way off. And listening to Shep, once again, is helping me to see how the journey through my work and my life actually began, helping me to draw needed strength from the memory of how young I was when I started on those travels, how brave. Yes, me—I was brave. And being brave is certainly a quality I need a big jolt of now, when—as in the time after my mother died—I have no idea what the future holds, what it might look like or how I should plan to live next week, next month, next year, and on and on and on. And when anytime now there may be more witches.

Shepherd’s show was on WOR from 1955 to 1977. His best work—meaning, his best stories, best critiques of modern times, which included pointing out “straws in the wind” and the foibles of man, one of his favorite subjects—took place when he was on the radio from 10:45 to 11:00 at night. (Others might say his most notable work was as co-writer of A Christmas Story, which plays endlessly during the holiday season, but that came later in his career and is kind of a bit-too-hokey blip on the radar for his true radio fans.) Many of his listeners were kids like myself, dreaming of being hipsters, hippies, kids lying in their sacks—another Shepherd-ism—in the upstairs bedroom of some suburban house or in a cramped outer-borough apartment, waiting to be released from the bondage of dreary, daily life and get to the Village, where all would be revealed. Well, for me, and I’m sure for many other listeners, Shep’s voice, talking to us in the dark, is still a beacon we can follow into a better future. I’m still following along because, as bad and scary as things are out there in real life, in my life, I still have books to write and stories to tell, just as Shepherd did.

So again tonight I’ll put myself to bed, my beloved reading a book beside me—my companion and guardian who holds my hand as we navigate the new normal of our shaky but, I believe, indomitable lives—and plug myself into my favorite voice in the night, remembering who he was and how he helped me. Thanks, Jean. I’m still listening.

Eleanor Lerman is the author of numerous award-winning collections of poetry, short stories, and novels. She is a National Book Award finalist and a recipient of the Lenore Marshall Poetry Prize from the Academy of American Poets, and she was awarded a Guggenheim Fellowship as well as fellowships from the National Endowment for the Arts for poetry and the New York Foundation for the Arts for fiction. In 2016, her novel Radiomen (The Permanent Press) was awarded the John W. Campbell Prize for Best Book of Science Fiction. In 2018, her novel The Stargazer’s Embassy (Mayapple Press) received an American Fiction Award. Her most recent novel, Satellite Street (The Permanent Press, 2019), has been named a finalist for both the Montaigne Medal and the Eric Hoffer Award. 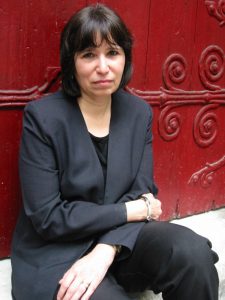