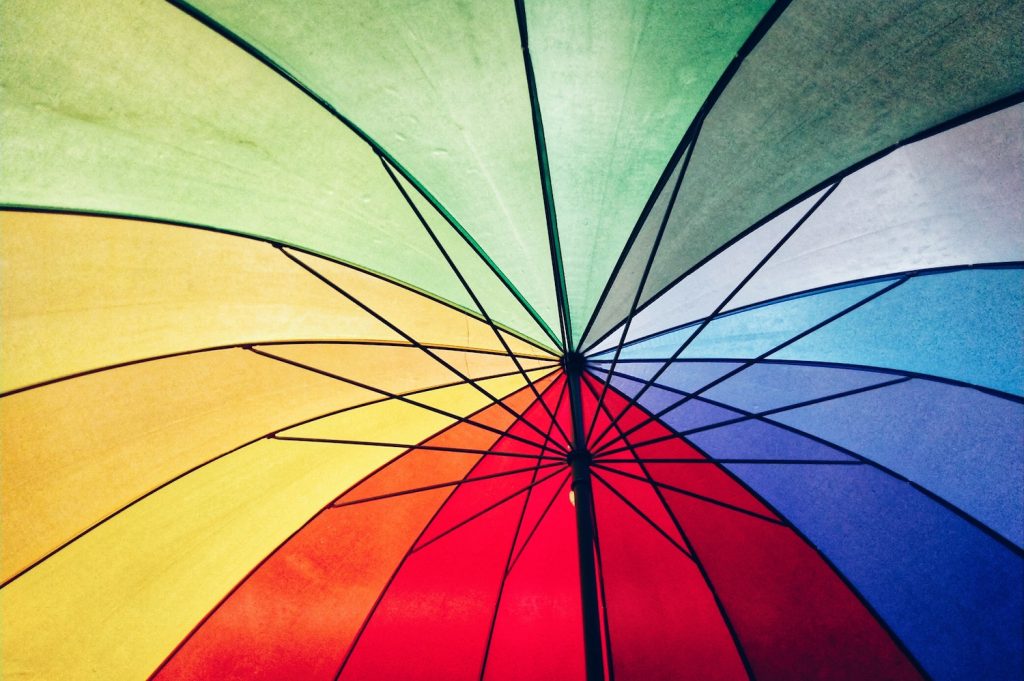 It is summer in my mind. My thoughts are the sunlight impressed onto painted green tongues, the water that pools and rises from the heat.

But reality is autumn, and I am on the Green Line in Boston. There are two businessmen on either side of me. The one coughing into his sleeve is wearing glasses that fall slightly off his face, a shirt with a mustard stain. The other is bobbing his head to a silent tempo through one white headphone piece. I am rocking with them, for we have become the shaking stem of rhythm born of an old misshapen trolley car.

In turning around, I strain to take in the sight of bleeding orange and red. I picture a river there—snaking between the deadening trees outside. I imagine awakening next to a bed of reeds, raising a hand over my eyes to block the sunlight. In my mental landscape, a young boy is walking with his father, hand in hand, kicking the stones into the river’s shoreline. No one has told him yet that’s not the way it’s done, nor told him to wait until the river does the pulling itself. Farther behind us I sense an old man, bent and shriveled from years of forgetting to straighten his back. He is pointing toward the shoreline on the other side of the river, where a small man-made island holds a tipped-over telephone pole.

The trolley enters the tunnel toward Park Street station. I have been told by Bostonians the Green Line tends to shake, to make a person uneasy or nauseated.

Knowing that didn’t stop me from getting on it, I think.

I should know better, I reply.

Seeing myself in the trolley window—tired eyes and matted, wilting hair—I am disgusted. I turn to the gray flooring, covered in gum and fruit-snack wrappers silver like fish skins.

I remember my mother making späetzle, flicking wet batter into a silver pot of boiling water. Her hand turning once, twice, spinning the handle on the pasta maker until it inevitably breaks. At nine years old, I still fight the urge to touch my hands to the stove, to see what it’s like to burn the tips of my fingers.

I don’t notice that I’m scrolling through Facebook on my phone until it slips from my hand and onto the floor. The man beside me picks it up and sighs, saying something about it not being broken. It doesn’t matter, I want to tell him. A woman looks up from her dime-store romance novel. One quick glance and then nothing. I thank her silently for this gesture when the man leans in and whispers about how easy it might be to slip his phone number into my contact list before giving it back to me. Give him nothing, give him nothing, I think. I do not look up from the floor.

I know I’m at Park Street station because it’s marked by white lettering and a single red line. There’s a man wearing a linen suit, the kind that easily wrinkles. His arm is draped over his partner, who stands to the height of his shoulders in a pink flowered dress. I wonder where they might be going on a Thursday evening in late October, why their steps fall in tandem with each other. They probably hold forks with their left hands, cut steak with their right. Say words like derivative and circumstantial.

A trolley pulls into the station, and as it slowly rumbles just ahead of me I pinch my fingers to my palm. This part takes convincing–how simple it would be to walk in front. It could not be painless; it would not work. I must repeat this mantra over, over.

I’m ushered toward the escalator that leads to the street. It’s dusk. The couple is now on the street, and I watch as they silently point out the wild geese painted in faded sunlight far into the city park. After emerging from that darkness, I realize I have forgotten the smell fall takes on, the shifts in time the season brings.

They walk their way and I walk mine.

My room is dark when I make it back to the hotel. Someone—another tenant, perhaps—is taking a shower in the upstairs bathroom, so the pipes shake in the walls. I throw my bag into the corner and begin to shed my layers of clothing. It’s an effort to take off my jeans; a line of sweat has adhered them to my legs. Throwing myself onto the bed, I roll over on the yellow bedding and stare at the clock, its red colon winking back at me like a small pendulum. I want so desperately to memorize the sounds of this building shifting onto itself, its veins of piping and wooden paneling wrapping around each one of us. Instead, I close my eyes and struggle to picture the scene I imagined on the train. The color of the child’s eyes, whether they reflect the water or strain against the light. The feeling of grainy silt on my fingertips, the pinpoint indents that remain once the beads are pried from my skin.

My mind travels to the telephone pole on that island. I imagine myself there with it, leaning up against its siding as if the whole world is owed to that feeling of spine to wood. It’s not mentioned—by the father, by the old man, by me—that no one telephones a man-made island. This silent agreement serves its purpose. Admitting its uselessness would only serve to upset the boy skipping rocks into the river, holding his hand up to count the seconds the stone flies over the water before careening into the blanket of force, sending tongues of dripping sunlight to the sky.

Jennifer Nessel is an emerging writer based in Philadelphia. Her work has been published in Crimson and Gray and Moonstone Press. Her photo + book review series, A Book By Its Cover, can be found at @ajennyforurthoughts on Instagram. 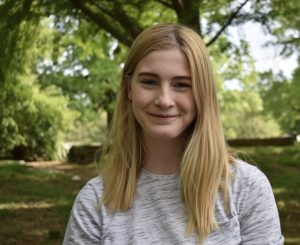