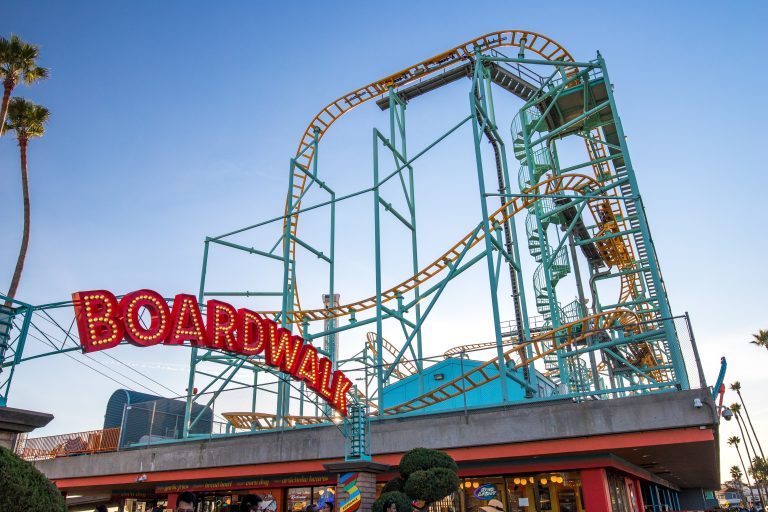 by Dan A. Cardoza

Once a month, all of us foster children share pizza. Now that hunger isn’t a priority, we leave the crust.

After we’ve eaten, our contracted parents allow us to spend some of our time and part of our weekly good behavior allowance, if any, down at the Santa Cruz boardwalk. Walking the planks and exploring the seaside shops makes life worth living.

I’m Trish. Half-brother Tommy and I shared mother’s belly, but at different times. We’ve been told more than once, “You two are lucky, still together.” Tell that to Tommy, who blames me for ruining mother’s love affair with Oxycontin.

The day we were taken for good, Tommy knuckled me hard in the stomach: “I know it was you who told the social worker about the drugs.”

After our stay at the community hospital, malnutrition—Tommy’s lasted longer—we were assigned our first foster parents. That’s when Tommy turned superstitious. He worried his beads he’d get healthy and gain weight. He obsessed over how mother would find him unrecognizable: “at least I was loved in my skin and bones,” he’d say.

Now, Ms. Yvonne, the Santa Cruz social worker, keeps an eye out for any emotional wounds and healing.

Robin is our black-magic sister from another mother. She lives at Sea Side Foster Care. She’s an estrogen twin of mine who likes making things disappear from the Boardwalk Magic shop. She’s never been caught stealing or snatching, not a fluffy white rabbit out of a black top hat, scarves that keep coming, or a pretend magic wand that refuses to raise her mother and father from the dead.

She’s told no one her secret, except me and eavesdropping Tommy. “True conjuring is in the art of distraction,” she says.

Whatever Robin takes from the store, she breaks into equal pieces of hurt and pain on the sandy sea salt planks of the esplanade. Right before our eyes, she turns into a balling spring lamb awaiting the farmer’s knife, because she can’t make herself disappear.

As for Tommy and me, our favorite is O’Neill’s Surf. The shop’s waxed boards smell comforting. I always say the aroma “smells of candles on the mantels of the American Dream.”

Marty O’Neill, the old hippy shopkeep, tells us fantastical stories the color of dreams, so unbelievably true. Not like the stories our families have told us, the ones that don’t ring true: “I love you so much. Can’t wait to see you.”

Marty’s different, he really did surf Kona—“the waves are as tall as the Chrysler Building. You know, Trish, like the Art Deco skyscraper that washed up in Midtown Manhattan and never left.”

I think to myself, what in the damned Poseidon is a Chrysler Building? But at least Marty gives us hope, so we believe him, even though he tells lies. Marty is selling and we are buying.

Sally’s Collectables is all about what you can afford and keep close. Refrigerator magnets, tiny tin Giant Dipper Roller Coasters dangling from a keychain, old-looking postcards full of the sepia dead. All dressed up seaside, one-piece swimsuits. Sally even sells snow globes featuring the boardwalk, if you can believe it. Each one filled with real snow, if you shake them, each one complete with smiling, tiny drowning families.

The Giant Dipper was completed in 1924. Today, it stands a rare vintage 20th-century wooden roller coaster. It’s like Marty’s famous arched waves, but with wheels. They say way back then, at the top of the loop, you could see clear into outer space. It was such a surreal time. If you were high enough, you could see into the future. I have my doubts, though—no one saw us?

Once, at the top, near the sun, I glimpsed a Kraken or possibly a Naiad, just as it dipped under the golden-scaled Pacific. Tommy pleaded with me on the way down, “Amanda, do you think that was mother?” I could barely hear him in the funnel of wind, so it was okay to lie and tell him no. Looking back, I’m not sure why I did that. Now he frets there is no one left to save us.

Without the salty gray boardwalk, without our lost boys and girls of summer, our enchanted roller coaster, living would feel empty. We’ve gotten used to all the ups and downs, the in-betweens, where you lose your breath and stomach, the unforgettable hollowness in falling, as well as the emptiness in the middle when you can’t quite see where you’ve been or where you’re going.

And then there is the long climb up again, toward the top of the loop, where everything seems just out of reach.

But Tommy and I never give up hope; after all, in about two weeks, we’ll chance our Giant Dipper Roller Coaster of Santa Cruz all over again. 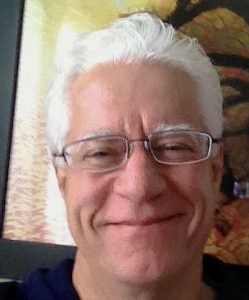