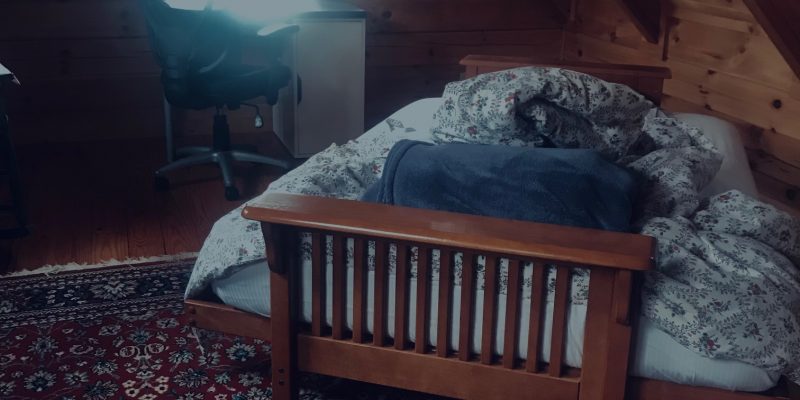 A warm breeze fluffs my bedroom curtains in the faint overcast light of early morning. There’s no other sound outside my window. I get the impulse, uncharacteristic for me at such an early stage of waking, to shoot a video of this spectral scene. I grab my phone from the nightstand; my eye goes to the thumbnail in the corner. My head goes to a place somewhere between plain memory and real travel.

The lid of the small velvet-lined case swung open as it tipped in my hand. The bracelet fell out and hit the wood planks of your bedroom floor. I picked up and examined what I’d gotten you for your birthday: sterling silver with a row of nine mother of pearl inlays. These graduated in size from one end, the biggest one in the middle, then tapered back down—a palindromic run. I put it on my wrist for a moment, took it off, and slid it into my jeans pocket. That was my only time in the house you co-rented on Terpsichore Street.

The Big Falling-Out—the prelude to what you eventually did. Kels and Maisi? We’ll keep them as incidentals in this equation, being that they’ve consigned me to their dead side since I came back from New Orleans after helping a cousin clear out your things. Kate, the exile.

We started seeing the signs—at least I saw the correct ones—when you declined to go with us on the Myrtle Beach trip. When we got back, you didn’t really care to hear about it. You just sort of nodded and mm-hmmed. Then it was no more weekends—dinners at each other’s houses, small parties at Nick’s, not even a Sunday brunch on Cherry Street. I’m attaching the last straw to your vanishing from the State Fair after we talked you into coming along. Shit, Luci, we spent the better part of an hour and a half trying to track you down. I had a stray loogie from some watered-down kid miss me by a thread. I barely persuaded the other two to go to your apartment that night. You came to the door, all right. You came outside to regale us with the news of a “golden renewal” awaiting you in New Orleans—full of the promise of “assisting with the welfare of animal species who often deserve better than we do” and “maybe picking up a few tricks of the witching trade.” You seemed happier than you had been in months; I applauded it right there. But it became a study of interactive chemistry, like on one of those goddamned reality shows I hate to the moon and back, of how I felt versus how the other two felt. And, like so much else, all that reverted to the variants of home, classroom, and pulpit. I said I’d be eager to fly down and see you when you got settled. You gave an eye roll and a wave of your finger. Time, time.

A roommate found you on the bathroom floor during the night, a pinkish froth drying at your nose and mouth. You had stuffed all the pill bottles back in your nightstand drawer. Maybe you felt those second thoughts as you rushed toward the toilet, slipped, and fell. Or maybe you found another way to fly in some composite euphoria salvaged from a montage of choice clips you’d squirreled away, out of the reach of the frigid sandpaper tentacles that gripped you so often and so hard. Not really my place to guess. Not that I can help it.

Something jars me awake in the dark. Awake, yes—the tiny cracks in my blinds throw a fuzzy blanket of light on the ceiling fan blades whirling over me. Just as quickly, the pitch black closes in again; I’m here but not here. I feel the covers lift; the cool of the room envelops my bare legs, but only for a second or two before the cover of what also feels like legs. Another jolt—a mouth a tongue of heat sinking in in in all the way warm thrashing spinning tension tension tensioN-N-N-N snaps back and i am full of that which expands sweeping my whole being in out up down lingering petit mort until i am given taken i am finally done to the rhythms of absolute dark falling inward falling back to the sigh of suspended time . . . i am given taken.

I tap the thumbnail. I tap PLAY to view what could only be a few minutes old. From above, through the whir of the fan blades, I’m asleep on my side, on top of the covers. My phone is missing from its charger on the nightstand. We drift to the side and descend with featherlike ease. Your bracelet is on my left wrist, but I’m pretty sure I took it off at bedtime. We stop inches from the face with one side on the pillow. It is yours. 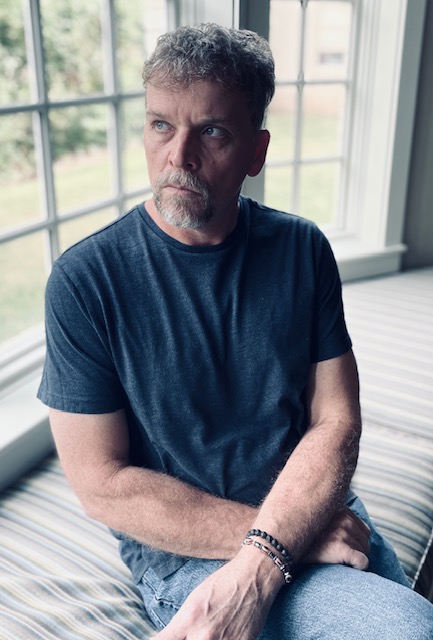 F.M. Scott is from Tulsa, Oklahoma, where he lives and writes. His stories have appeared in Apple in the Dark, The Horror Tree, The Killer Collection, Sirius Science Fiction, The Rock N’ Roll Horror Zine, and The Tulsa Voice.